This project builds the capacity and confidence of practitioners at district hospitals to provide comprehensive emergency obstetric care services, including Caesarean sections and blood transfusions.

Method – clinical mentorship is regarded as a strategy to save more lives and ‘decongests’ referral hospitals by enabling less complicated emergencies to be handled effectively at district hospitals.

“Twice the Doctor Foundation is working with UNICEF to give Australian doctors like you the chance to double your impact as health workers. By donating a single day’s salary, you can make a huge difference for women and children in Zimbabwe, helping support a program to improve the quality of vital emergency obstetric care services.

UNICEF partners with UNFPA and the Zimbabwe Ministry of Health and Child Care to co-manage Zimbabwe’s health development fund (HDF). As well as contributing towards technical and programmatic support, UNICEF is fund manager for the HDF.

The fund aims to strengthen the health system and build sustainability through capacity building, including through one-to-many training programs. Many health development fund initiatives are designed to offer mentorship and on-the-job training, maximising the value of these programs. By focusing on strengthening the health system in this way, UNICEF aims to achieve long term impacts for generations of children. 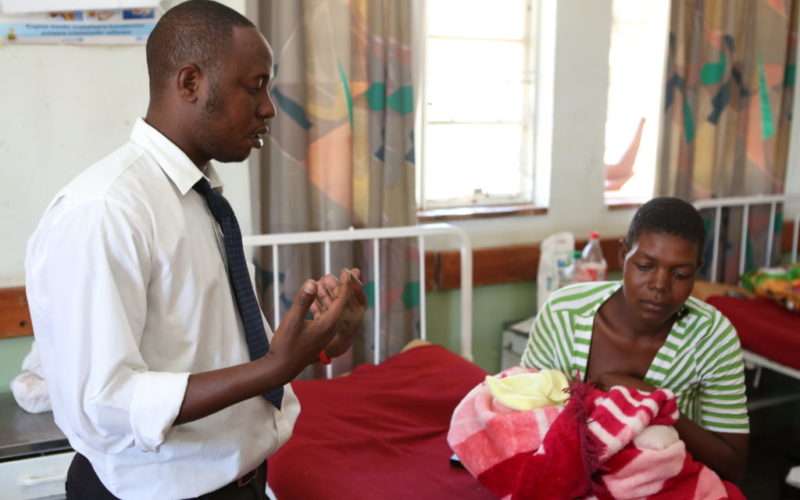 The Republic of Zimbabwe is a landlocked country in southern Africa, bordered by South Africa to the south, Botswana to the west and south west, Zambia to the northwest and Mozambique to the east and northeast.

Zimbabwe has a population of almost 13.5 million and its capital and largest city is Harare. Zimbabwe has 16 official languages, with English, Shona and Ndebele the most commonly spoken.

Political instability, violence and poor economic and agricultural management have had a significant impact on the quality of life of Zimbabweans.

Zimbabwe’s health system is still recovering from near collapse in 2008/09. It is still far from the robust system enjoyed in the 1980’s and 1990’s, when it was considered one of the best in the whole of sub-Saharan Africa.

Substantial improvements in health and nutrition indicators, and reductions in maternal and child mortality, have only been possible with significant donor support. Zimbabwe’s weak economy relies on donor funding, which is critical in assisting the health system’s recovery.